Trying to Get Back Into the Swing of Things

Greetings and salutations, friends! I have taken the first half of this year to step away from the interwebs and try to get a handle on my life. I apologize for the unannounced hiatus.

I briefly touched on my ongoing struggle with depression and anxiety back in January before I went on my little break. Well...the struggle is real and ongoing. In January, it felt like there was a light at the end of the tunnel, but then I got sucked back into the darkness in February and needed to step back from things until I was in a better place.

I may still not be 100% okay, yet, but life is starting to feel a little bit easier, and that is always a good sign.

Here is what I've been up to so far this year:

I ran the F^3 5k at the end of January. This was a bit of a disappointment for me, as I was originally meant to run the half marathon, but had to change distances due to injury. I was happy that I could at least run the 5k and stay to cheer on my friends who were running the half, but it was still very demoralizing changing to the shorter distance and running one of my slowest 5k times since I started running. 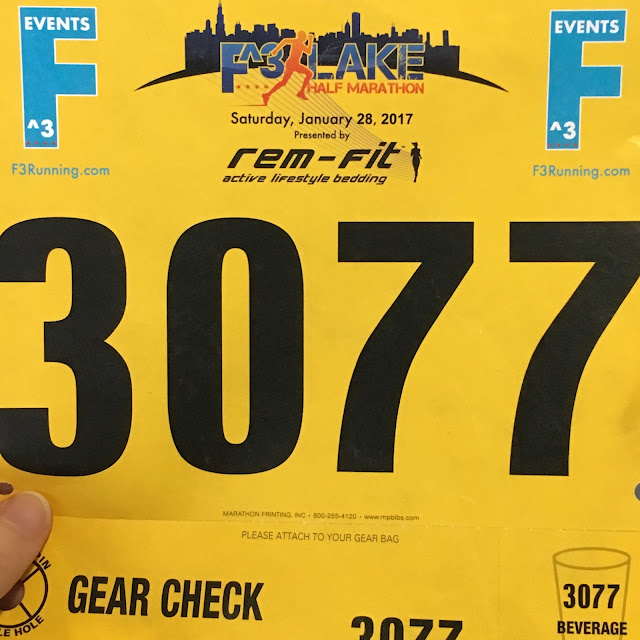 Rather than training for anything specific, I just focused on staying consistent with my running this spring. Unfortunately, consistency has been hard to achieve when it takes every ounce of energy I have to simply crawl out of bed. I managed to maintain a somewhat normal running/workout schedule, but I really didn't give it my best effort. All my runs were fairly short and easy, with little to no speed work and only slightly longer runs than usual, which kept me at the same frustratingly slow pace and shorter distances throughout the season.

In April, I ran the Shamrock Shuffle and achieved my goal of finishing in under an hour. I had hoped to PR when I signed up for the race initially, but I had to readjust my goals. 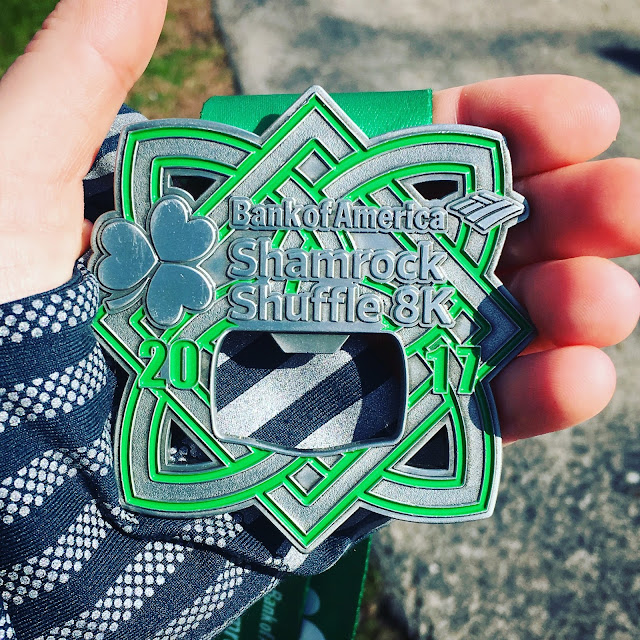 It was at the Shamrock Shuffle that I realized that I wasn't having fun racing anymore. Races had started to feel like chores. Not having any other races looming on the horizon (the marathon doesn't count - that is its own separate beast), I decided that I won't be signing up for another race until I can find the joy in running again. I've recently started to get closer to that joy, but it isn't quite realized, yet.

I started running with people again, instead of always running alone. I try to make one of Fleet Feet's fun runs when my work schedule allows (I'm a big fan of their Chick's Night run at their Lincoln Square location). I also have a group of friends who run in the early morning hours a few times a week, and they are incredibly kind to invite me to join them. I haven't really taken them up on the offer (they are all faster than me), but I recently committed to meeting them for their Saturday morning runs moving forward. 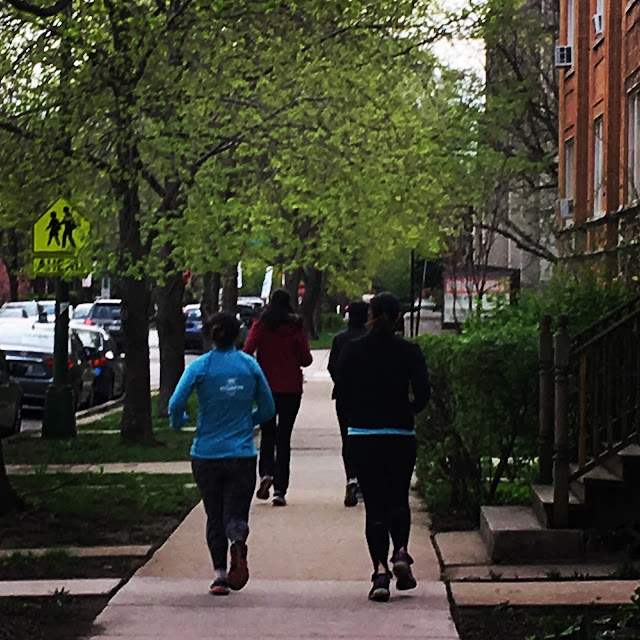 I have really been focusing on food in the past couple of months, as I have noticed that I always feel better when I eat better. I've been checking cookbooks out from the library, making sure that the majority of every grocery trip is fresh produce and lean protein, and just generally trying to focus on whole foods.

I started tracking my food - not counting calories or macros, at least not yet, but just writing down what I eat and when. Through tracking my food I've seen the correlation between my mood and what I eat. Sure, I still have my vices, such as coffee or the occasional pastry, but I try to focus first on produce and then protein for each meal and snack. 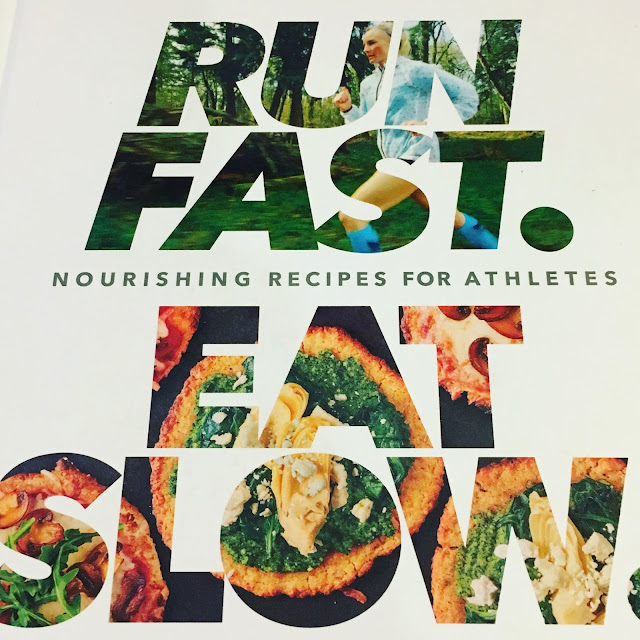 And that's about it for now! I've been feeling a little better each week, and though I'm still struggling, things are beginning to look up. Marathon training officially started this week, so I once again have a goal to work towards, and I'm making a point of spending more time taking care of myself.

Here's to the future!
Posted by Rebecca at 2:07 PM No comments: